Hi Melanie, tell us a little about yourself.

I’m first a mother, second a writer, sometimes dancing, always daydreaming. I read too much and play music too loud. I’d also like my very own TARDIS… but only to go back in time, not into the future.

What do you think people would be the most surprised to learn about you?

If you know me online then this might not be a surprise, but most people who know me in real life are surprised when they find out I’m into “nerdy” stuff. 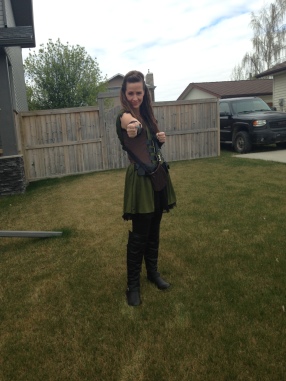 (Do you think Melanie wears that mask when she writes? )

I collect dragons, Marvel action figures, fandom t-shirts, and recently went to my first ever comic book convention (I totally dressed up, too). I don’t know why this surprises people, but there you go.

What do you enjoy most in your free time?

Other than a computer, what modern convenience could you never live without? 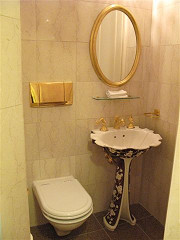 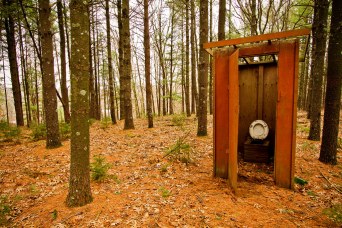 Every author has a process—what works for them when they write. What does your writing process look like from first scribbles to finished manuscript?

I used to be a full-on pantser, but I’ve started plotting a bit first. Usually just notes about the characters, and I’ll try to make beats of the plot. After that, I like to write every day for at least a couple of hours, usually right after lunch. It usually only takes me a couple of months to write the book, then I revise, send to critique partners, then revise again, send to beta readers, then revise again. I definitely spend more time revising than on the first draft.

What is your all time favorite book and why?

Ahh, don’t make me pick! Can I choose the entire Harry Potter series? I would like to live in

that world. In fact, I’m still waiting for my letter from Hogwarts. I don’t think their owls fly to Canada though.

Project research, love it or hate it?

Ugh, research. My problem is, as soon as I get a book idea, I want to dive in with the writing. I don’t like putting that off to research first.

There are so many authors I read and think, man I wish I could write like that. I’m always inspired by the ones who had to work really hard to get published- I love to hear those stories. Specifically, though, the author who gave me the inspiration to actually finish a manuscript was Stephenie Meyer. I wanted to be a writer long before her books ever came out but I remember reading Twilight and thinking, I can do this.

What has been the most exciting aspect to releasing your first novel?

Holding the actual book in my hands for the first time. Don’t tell anyone, but I hugged it a lot when no one was looking.

Awww. I know that feeling. Tell the truth…you still hug it every now and again.

Moving on.   What has been the most detrimental?

I assumed when I published my first book that my journey would only go forward from here. Lately, I’ve learned otherwise, but there’s nothing to do but roll with it.

What other projects are you working on?

Melanie! I said projects, not propositions.

I have another classical retelling, this one of Elizabeth Gaskell’s NORTH & SOUTH, that I will shortly be finding a new home for. I’m also querying a Young Adult Mystery, and writing another adult romance/retelling.

How did you come up with the title for your l book?

I did a synonym search on the word “persuasion.” When SWAY came up it just clicked. Even though there are quite a few other books titled SWAY, I knew I had to use it.

How long did it take you to write SWAY?

About two-three months for the first draft. Lots more time after for revisions.

Tell us a little about the book.

SWAY is a modern-day retelling of Jane Austen’s PERSUASION,  but if you don’t know that book, basically it’s a second-chance romance. My two main characters were engaged right out of high school but she breaks it off because of family pressure, and because she’s scared. The book starts eight years later when they’re suddenly back in each other’s lives. Awkwardness and angst ensue.

It’s been fun getting to know more about you, Melanie. Thanks for the interview!

Here’s the official blurb for SWAY:

Ava Elliot never thought she’d become a couch surfer. But with a freshly minted—and worthless—degree from Julliard, and her dad squandering the family fortune, what choice does she have?

Living with her old high school friends, though, has its own drawbacks. Especially when her ex-fiancé Eric Wentworth drops back into her life. Eight years ago, she was too young, too scared of being poor, and too scared of her dad’s disapproval. Dumping him was a big mistake.

In the most ironic of role reversals, Eric is rolling in musical success, and Ava’s starting at the bottom to build her career. Worse, every song Eric sings is an arrow aimed straight for her regrets.

One encounter, one song too many, and Ava can’t go on like this. It’s time to tell Eric the truth, and make a choice. Finally let go of the past, or risk her heart for a second chance with her first love. If he can forgive her…and she can forgive herself.

You can find Melanie on her website: melaniestanfordbooks.com and on Twitter @MelMStanford or on Facebook here. She also blogs over at the YA-NA Sisterhood and Austen Variations.