I want to give a big Midwest welcome to my first blog guest, best selling author, Barbara Meyers. I ran across a piece she’d written on the topic of sex in romance novels and the notion readers have when it comes to being on the pages of their books. Barbara originally wrote this for Samhain Publishing. I agree with her thinking on this topic and she has saved me the effort of writing something similar by consenting to share it here with us today–thank you Barbara!

Catch up with Barbara Meyers contemporary romance and comedic fantasy penned as AJ Tillock at barbarameyers.com

Non-romance readers think romance novels are all about the sex. Even if they include descriptive love scenes they are not. They are about romantic love and commitment. For the purpose of this discussion let’s separate out erotica from the romance genre and stick to romance novels.

If they’re not about sex then why include sex scenes? I’ll speak for my own writing and no one else’s. I include them because it seems natural to the story. I like subtle, passionate well-written love scenes that reflect what’s going on both physically and emotionally with the characters.

Often the characters aren’t married to each other the first time they have sex. That’s simply a reflection of the times we live in. I write contemporary romance. My novels don’t necessarily reflect my own moral views. I’d wager most fiction doesn’t reflect the moral views of its readers. Most readers of murder mysteries, for example, aren’t killers in real life. A police procedural, however, shows how a murderer is caught. (Usually with some fictional license taken.) In the same way, a romance novel shows how a romantic relationship develops in a believable but not necessarily realistic situation.

In my novels, sex is the binding element. The characters may have already forged an emotional or psychological bond with each other. Certainly they are attracted to each other both physically and emotionally. There’s usually some reason they resist acting on the physical component of that attraction, a reason they fight it, delay it, refuse to give into it. Is this sounding at all like a real life situation you might have experienced?

There comes a point where they do give in, however. That bond they already had with each other becomes more intimate and meaningful because that’s what sex does. There’s always an emotional component whether any of us want to believe it or not. There’s no such thing as “just sex.” Not in a good romance novel and not in real life.

If we could have “just sex” with someone and walk away and forget about it, there wouldn’t be stalkers or jealous rages; murders by exes or sad songs about love gone wrong; we wouldn’t be popping anti-depressants in record numbers either or wonder why we feel so used up before the age of thirty. Sex, even a one-night stand, leaves an imprint on our hearts and our psyches.

Sex outside of or before marriage always complicates things because emotions are complicated. But if a writer has done the work of building the potential for a lasting relationship between the characters, a sexual relationship will be the glue that holds them together and helps them overcome obstacles together. That’s how they find their happy ending.

She’s home to make a 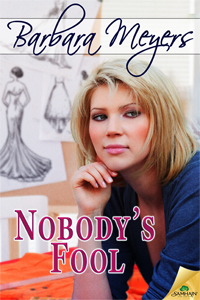 mends. He’s out to get a little revenge. But the heart he breaks could be his own.

Jolie Kramer walked away from Court Harrison and never looked back even though Court had been her biggest fan since childhood.  Now she’s returned for her ten-year high school reunion, older, wiser and ready to make amends for breaking Court’s heart.

Frustrated because after ten years he’s still hung up on her, Court has vowed to himself that he can leave the past and his feelings for Jolie behind.  He’ll give her a taste of her own medicine, make her fall for him and he’ll be the one who walks away.

Court’s plan works a little too well, however, because when Jolie confesses her love for him, he doesn’t believe her. At first.  Only after she discovers he set her up, does he realize her feelings are real and he’s lost the one woman he always wanted.

When Court comes up with Plan B, Jolie can’t resist the career challenge he issues as well as the opportunity for payback.  Court’s gamble pays off when Jolie realizes there’s no joy in her success without the one person who always believed in her.