This cutting of the fodder can be difficult but necessary to move the story along. Barb’s before and after example shows how that tough editing can make a big difference.

“You have a hundred words to engage your reader,” the workshop speaker tells us at a recent writers’ conference. She also said, “If it doesn’t matter cut it.” I took another look at my current wip (working title ANIMAL). The first section below is what I had written. The second is where I cut it to get to the action in the first hundred words.

The circle of light illuminated the pavement just in front of her running feet as Bree approached an especially dark stretch of the road. She was out of her own well-lit neighborhood, but this road saw little traffic and had a nice slow incline that increased the degree of difficulty just enough for her liking.

The streetlights were spaced equidistant from each other except for this particular section which Bree figured was because there weren’t any houses nearby. Instead, the land had been left…

Why do I give my characters baggage?.

The Proof is in the Details

“I kill people for a living; I just make ’em up first.”  That’s my author tag line. I write murder mysteries. When I walk into a restaurant I see a plethora of plot possibilities. One of my quests as an author is to make you, the reader see what I want you to see. Here is the first few lines of my self-published novel, Battle of Wills.

“Flames from pecan logs stacked in a five-foot Italian fireplace warmed the front parlor at Twelve Oaks and reflected amber light on its occupants. Jon Royal Pennington scribbled numbers with a quill in a leather-bound book. His wife, Elizabeth Fielding Pennington sat across the room near the fire working on a cross-stitch likeness of the Greek revival mansion in which she sat. The room smelled of wood smoke and freshly-cut fir from the Christmas tree, which stood next to Jon’s desk.”

So did I succeed?

One of the other rules pounded into would-be author’s heads is to write what you know. It makes the details easier. Therefore, because I am a displaced Southern Belle, I write about Southern people from Southern places. Characters are a mesh of my quirky family members, and they know it. My work history–everything from frozen yogurt shop squint to greenhouse supervisor to optician–has given me plenty of experiences from which to chose. Travels with family and friend gives me places tucked away in memory for possible use in a later book. I like to think my characters are colorful while being wracked with faults, uncertainties and dreams.

My son once told me my stories held a great sense of place.  Later in “Battle…”, I describe a church revival at Pennington State Park. My grandfather was a minister and I attended many a revival as a child. Oaks dripped with Spanish moss appear as giant monsters to a seven-year-old. In many rural parts of Alabama, Georgia and Mississippi the Methodist churches still hold annual revivals under worn circus tents lit by strings of bare bulbs. Attendees squeeze together on wooden benches, worn family Bibles in one hand, a paper fan in the other. Sermons are interrupted only by the sound of a bare hand on the back of a neck, slapping at ubiquitous mosquitoes. Women and girls in white dresses await baptism in the shallow end of the pond.

I pulled upon another event in my life when later the protagonist’s best friend disappears into the night. My brother walked away from our cabin on a family vacation. One difference–he wasn’t kidnapped. He hadn’t wanted to join us on vacation so he snuck out.

Now I’m going to contradict myself. When writing “Red Dreams and White Lies,” a novel about a horse farm I had to research keeping horses so I contacted a local stable. I explained the circumstances and asked if I could spend a day with her. She told me I couldn’t possibly learn what was needed to do justice to the book. She suggested a week of chores. It was the perfect solution. She gained a week of free labor and I gained invaluable knowledge of the daily workings of a stable. I mucked stalls, bathed and brushed, even learned the secret of a currycomb. For the medical issues I called on our local large animal vet and my nephew, also a large animal vet in Michigan. I’ve discovered that most people are willing to help and thrilled to be asked.

It also helps if I can create characters in which my readers see themselves, their families and their friends. My newest novel, Two Under at Willow Creek revolves around members of an exclusive country club in a suburb of Birmingham. I golf. My father insisted I started lessons at the age of eight. I’m a member of my local club and the characters are a blend of those folks and the members of the club my parents belonged to in Alabama. We have the bigoted old-boys, those couple hiding marital issues and those with money–lots of Old South money.

TWO UNDER at WILLOW CREEK

As a reader, what grabs your attention in those first few pages that keeps you going?

When we pick up a book, a couple of things need to happen in order for us to continue reading it. One, something needs to catch our interest—a hook. This can be a mystery that needs solving, the promise of romance, or suspense that leaves us turning pages to find out where the story is going. Second, we need to connect with the characters in the story.

Yes, characters that are quirky and unique can be stimulating, but readers need more than that, we need a reason to care about them, reason enough to draw us in and chase them along the pages of an entire book.

Who wants to read about flawless individuals with perfect lives? Boring!

Characters are at their most interesting when they show up with baggage. The rare person leads a charmed life. Everyone has problems. We can relate to those troubled characters because they seem human, like real people, with real issues. We understand them.

For the most part, we are an empathetic society. We root for the underdog, pray that the downtrodden stay resilient, and that the oppressed can someday become heroes. We want them to become stronger people because this is what we want for ourselves. It is a reflection of real life.

Moreover, as much as we love to be surprised at the end of a novel, we like closure. Whether the protagonist lives happily ever after or dies…at least let them have changed, to experience some level of personal growth. For a reader there is nothing more satisfying than to follow a troubled character and hope that even in the smallest measure, they are triumphant in the end. 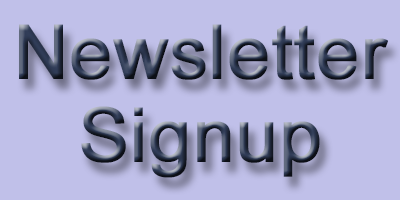